Skip to content Skip to navigation
See our Campus Ready site for the most up to date information about instruction.Campus ReadyCOVID Help
UC Merced Alumni
Let The Journey Continue 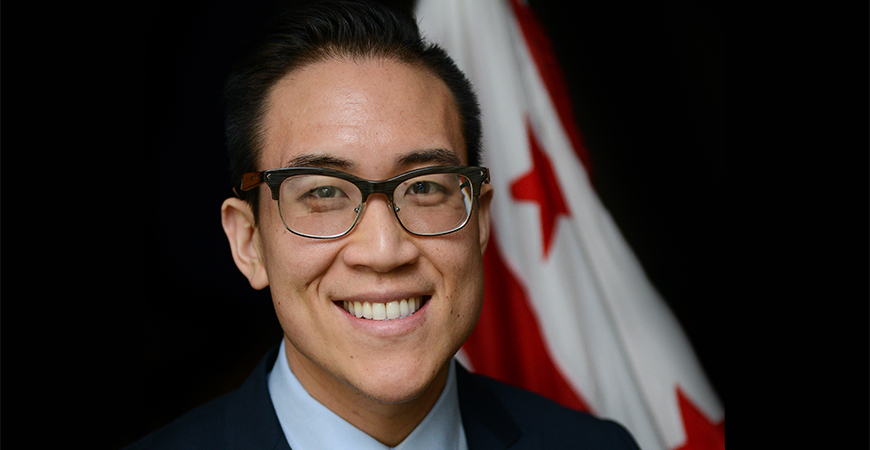 David Do ('09) will be the 2018 fall commencement speaker for UC Merced. Photo courtesy of Mayor's Office on Asian and Pacific Islander Affairs.

Before David Do earned his bachelor’s degree in economics from UC Merced, he helped spearhead a Valentine’s Day card campaign that convinced First Lady Michelle Obama to give the commencement address to the first graduating class.

Now, nearly a decade after passing through the Beginnings sculpture as a graduate, Do joins Obama as one of the campus’s distinguished commencement speakers when he takes the stage in the Art Kamangar Center at the Merced Theater for UC Merced’s fall commencement Dec. 15. This is the second fall commencement at UC Merced and includes all schools and degree levels in one ceremony.

Do, the director of the Washington, D.C., Mayor’s Office on Asian and Pacific Islander Affairs, said the opportunity to address the newest batch of Bobcat graduates is an honor and a privilege.

Do’s parents were refugees from the Vietnam War, and Do, a San Jose native, arrived at UC Merced as a first-generation college student.

During his time at UC Merced, Do was active in several clubs. He served as director of Academic Affairs for the Associated Students of the University of California, Merced (ASUCM) and writing the first by-laws for the Fellowship and Undergraduate Research Symposium. He was also the president of the Pre-Law Society and vice-president of community affairs for the African American Student Association, helping start the NAACP Youth Chapter to bridge the divide between the greater Merced community and the university.

Do said his path to the nation’s capital started by taking a risk. He spent a semester in Washington, D.C., as a member of the UC Washington Center (UCDC). Do said the program enabled him to make connections in D.C. that helped with his professional growth.

“I thought that I would go for several months and go back home and continue with my life,” Do said. “A few months later I found that I loved the independence and quality of life that D.C. afforded me and I stayed. What came next was incredible opportunity, from becoming a young staffer to becoming a cabinet official for the mayor of our nation’s capital. It has been a whirlwind and I am glad I took the risk.”

Do was appointed to his current position in 2015 after serving in the Executive Office of the Mayor of Washington, D.C. Do advises the mayor, council and district agencies on the views, needs and concerns of the Asian and Pacific Islander (AAPI) community. He also provides recommendations and coordinates District programs and initiatives that promote the overall welfare of the AAPI community.

This will be the first time Do has visited the campus since he graduated, and said he looks forward to seeing the growth of UC Merced. Though there is a month before Do takes the stage, he already has a clear idea about the message he will share with the graduates.

“I think it is important for the graduating class to know that college graduation is not the end, it's really just a beginning,” Do said. “You have to be open-minded, adaptive and willing to learn quickly as you transition into something that's new and different. But don't be afraid to make mistakes along the way.”