In 2014, the UC Merced Foundation Board of Trustees were discussing long-term objectives such as greater engagement and support, when the idea of an alma mater emerged. Originated in 18th-century England, an alma mater is a song or hymn that lyrically expresses loyalty to a school, college or university.

The Board Chairman at the time, Lee Kolligian, recommended Jimmy Dunne, an accomplished songwriter and music producer in Los Angeles. Dunne has earned more than 70 gold, platinum and multi-platinum albums, along with Grammy, Emmy, Country Music Award, Broadcast Music Inc. and Juno awards and nominations as a songwriter and publisher.

My Merced captures the spirit of the university and has become a campus tradition being performed at each Commencement Ceremony as students make their transition to alumnus. 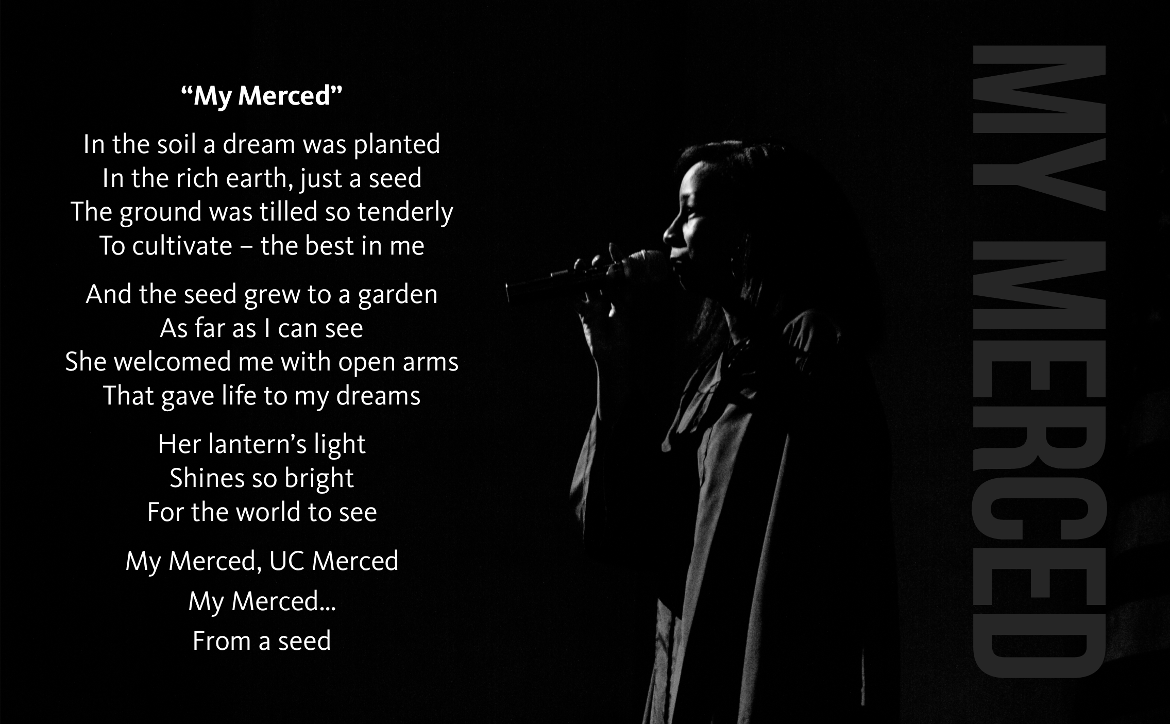